The Two Loves Of Gabriel Foley

The Two Loves Of Gabriel Foley 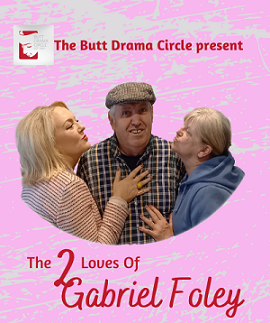 Gabriel Foley is a middle-aged bachelor farmer, who lives with his elderly mother. He has been unlucky in love many times, much to his mother’s frustration. She thinks she’ll never get rid of him. Then he meets upmarket, Hazel Myers and joins the posh drama group in the nearby town in order to romance her.

He is unaware that Chrissie McCabe – a cheerful countrywoman, who comes in to help him and his mother – fancies him. By the time Chrissie makes her feelings known to Gabriel, he has already got Hazel’s attention. He and Chrissie decide to try going out together. He tries to let Hazel down gently, but Hazel is not a woman to give up easily.