It’s our last Ghostlight Sessions of 2021 and Dean has put together a fantastic line-up to finish the year on a high! 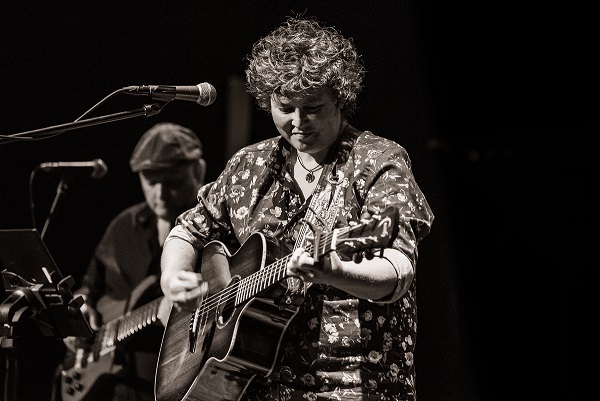 Ardara’s Tanya McCole is one of the finest singer/songwriters in this isle of Ireland and beyond, boasting quite the impressive musical resume.

Her subsequent 2018 offering – the more stripped back ‘Because Of You’ – showcased her uniquely distinctive voice and songwriting ability which attracted the attention of the legendary John Prine who invited her to join him on his tour of Germany.

Melodic and soulful, Tanya’s songs touch the heartstrings and tweak the emotions long after the final chord has been strummed.

The world should know about Tanya McCole. I love her voice. She is authentic in every way –  John Prine

…a force to be reckoned with..an absolutely phenomenal singer with some seriously powerful gusto and passion, but she can also move the listener to tears with her tender and emotional renditions of her slower songs – Sharon Shannon

Jonathan Smeaton is an acclaimed veteran of the Donegal music scene. Playing and writing since his early teens he’s an accomplished and sure-footed live performer whose songs cover all aspects of life, death and everything inbetween.

Joining him for this Ghostlight gig will be his semi-regular partner in crime Billy Robinson who also produced Jonathan’s 2 studio albums – QSO (2014) and Drawing To The Light (2017) in his Ramelton Grooveshack studio.

Alternative folk singer songwriter Mickey Duffy released his first original album Think Twice in 2018. He’s performed at various singer songwriter sessions around the country and further afield including Sessions In The house, Gypsy Wagon TV, Live At The Attic and the Narrowboat Sessions in Wales.

His latest project was a recently released song for the Alzheimer’s Society of Ireland and he is currently working on a second original album due for release in early 2022.