3 acclaimed Americana artists in one great evening of music. 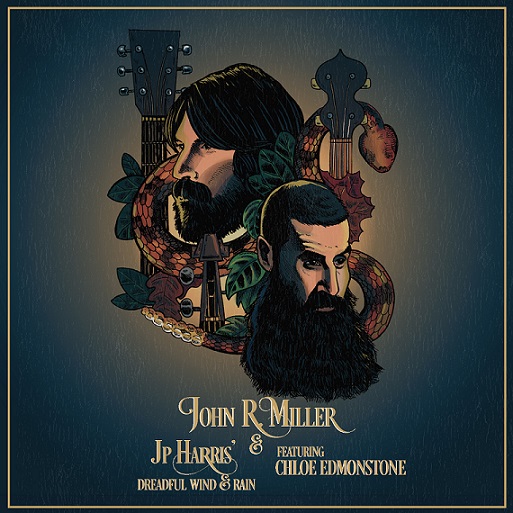 Note: This is a dual headliner show. J.P. Harris and John R. Miller will headline separately with Chloe Edmonstone accompanying both sets.

Balor audiences will recall both J.P. and Chloe from previous memorable gigs – Chloe played here with The Locust Honey String Band back in October 2013 while J.P. Harris & The Tough Choices wowed crowds in May 2015. Together with John R. Miller the stage is set for a night of excellent Americana.

John R Miller is probably best known to Irish audiences as co-founding member and songwriter for The Fox Hunt.

He began playing and writing music growing up in the eastern panhandle of West Virgina and has since performed his songs across the US, Canada, Japan, Ireland, Europe and the UK.

He has made several appearances on NPR’s Mountain Stage with Larry Groce, has been a featured songwriter and performer on the Travelin’ Appalachians Revue, and his song “Coming Down” was performed by Kentucky artist Tyler Childers on his album Live at Red Barn I & II. With his band the Engine Lights, the music widens into a unique cross-section of folk, country blues, and rock n roll, featuring driving fiddle, close harmonies, wily guitar picking, and a deep-pocket rhythm section. Their most recent full-length effort, The Trouble You Follow, was released in 2018 via Lexington, KY’s Emperor Records.

Chloe Edmonstone is a second generation fiddle player and old-time musician. As a young adult Chloe travelled through the Southeastern US, studying with a number of master fiddle players of different styles. In 2012 she was a finalist in the fiddle competition at the John Hartford Memorial Festival.

In 2011 Chloe formed Locust Honey, and has spent the 10 years since touring extensively in the US, Ireland, and the UK. Her original song, “When the Whiskey’s Gone” was featured in the 2016 film “Time Out Of Mind,” and her rendition of Clyde Davenport’s “Lost Girl” was highlighted in 2016’s “The Ticket,” which won the US Narrative competition at the Tribeca Film Festival.