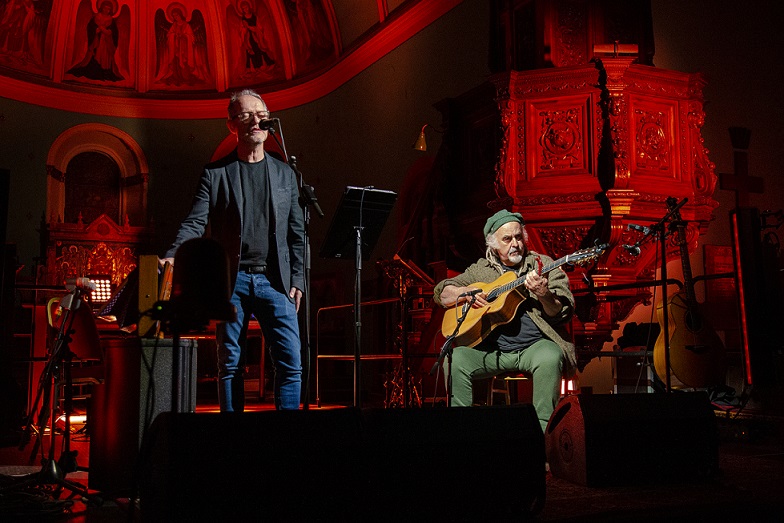 Vocalist with critically acclaimed Irish/American band The Gloaming, Iarla O Lionaird has carved a long and unique career in music both at home and abroad. From his iconic early recording of the vision song Aisling Gheal as a young boy to his ground-breaking recordings with Dublin’s Crash Ensemble and New York’s Alarm Will Sound he has shown a breadth of artistic ambition that sets him apart in the Irish Music Fraternity.

A child of traditional music, it’s the individual sonic qualities of his voice, with all its midnight depth and soaring breadth, that define him, transcending anything that might box or classify him as one thing or another.

A twice Grammy nominated artist, the stellar cast of composers and performers he’s worked with is as long as it is impressive – Robert Plant, Nick Cave, Sinead O Connor, Peter Gabriel – the list goes on.

Originally from Melbourne, Australia and initiated into the Aboriginal culture there, Steve Cooney came to Ireland in 1980. He is best known for his development of an influential style of guitar accompaniment to traditional Irish dance music for which he won the National Entertainment Award (with Seamus Begley) in 1997.

His versatility as a poet and songwriter shines through in his work with many iconic international artists in rock and country music but his primary focus remains Irish traditional music and fusions of that genre. He has participated – either as guitarist, bass player, producer or engineer – in the making of more than 250 CDs – most recently Ceol Arsa Clairsi: Tunes of the Irish Harpers for Solo Guitar. He is also recording fusion music with his band Einini.

Together this is a collaboration between two master collaborators – each bringing the best out of each other – to create a night of magical music.