Deirdre and Frankie in conversation

Deirdre and Frankie in conversation 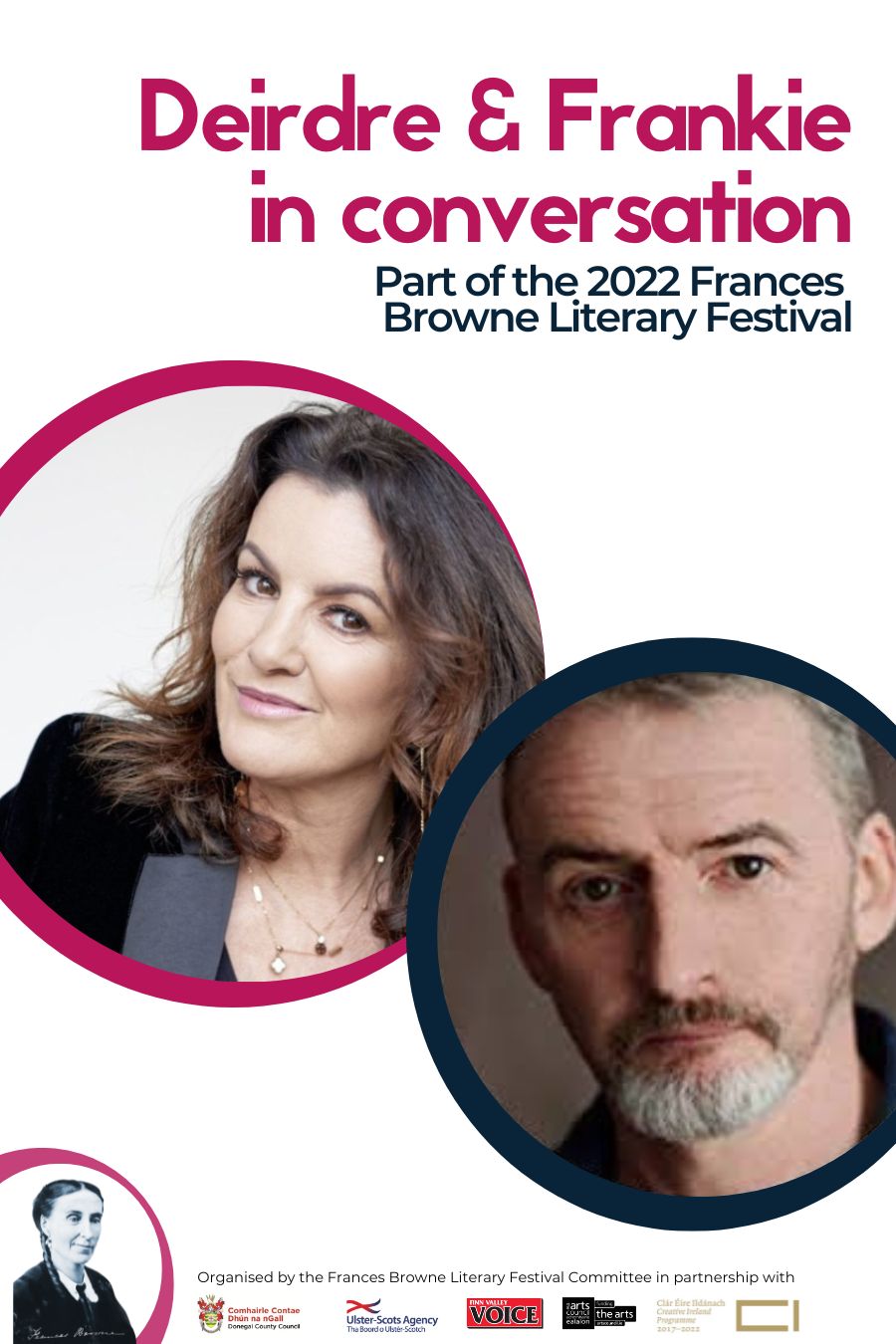 Join the comedian, actor and activist Deirdre O’ Kane and our very own Frankie Mc Cafferty for lively conversation and plenty of craic.

Tickets for this show are not on sale at The Balor Box Office. They can be booked instead via eventbrite

Deirdre O Kane
Deirdre fronted her own talk show – Deirdre O’Kane Talks Funny – in the primetime Saturday night slot on RTÉ One and debuted a brand new stand-up comedy series, The Deirdre O’Kane Show, with Sky Comedy. Deirdre also appeared as a judge on the The Big Deal, for Virgin Media Television. A co-founder of Comic Relief in Ireland, she presented the critically acclaimed RTÉ Does Comic Relief which raised more than 6 million euros to help those most in need as a result of the Covid-19 pandemic. In recent years she has hosted the prestigious IFTA Film & Drama Awards and reached the finals of Dancing with the Stars. Deirdre is also known as the voice of smash-hit Gogglebox

Frankie McCafferty
Joining Deirdre is Stranorlar native Frankie McCafferty. Currently starring in The Gap Year at the Lyric Theatre Belfast, Frankie is an actor and director, known for Philomena (2013), Vikings (2013) and Ripper Street (2012). He is a graduate of University College Galway (Ireland) and became interested in drama whilst studying there. He completed his acting training at the National Conservatory of Dramatic Art in Paris. Frankie won an Irish Theatre Award in 2003 for his part in Frank McGuiness’ Observe the Sons of Ulster Marching Towards the Somme.