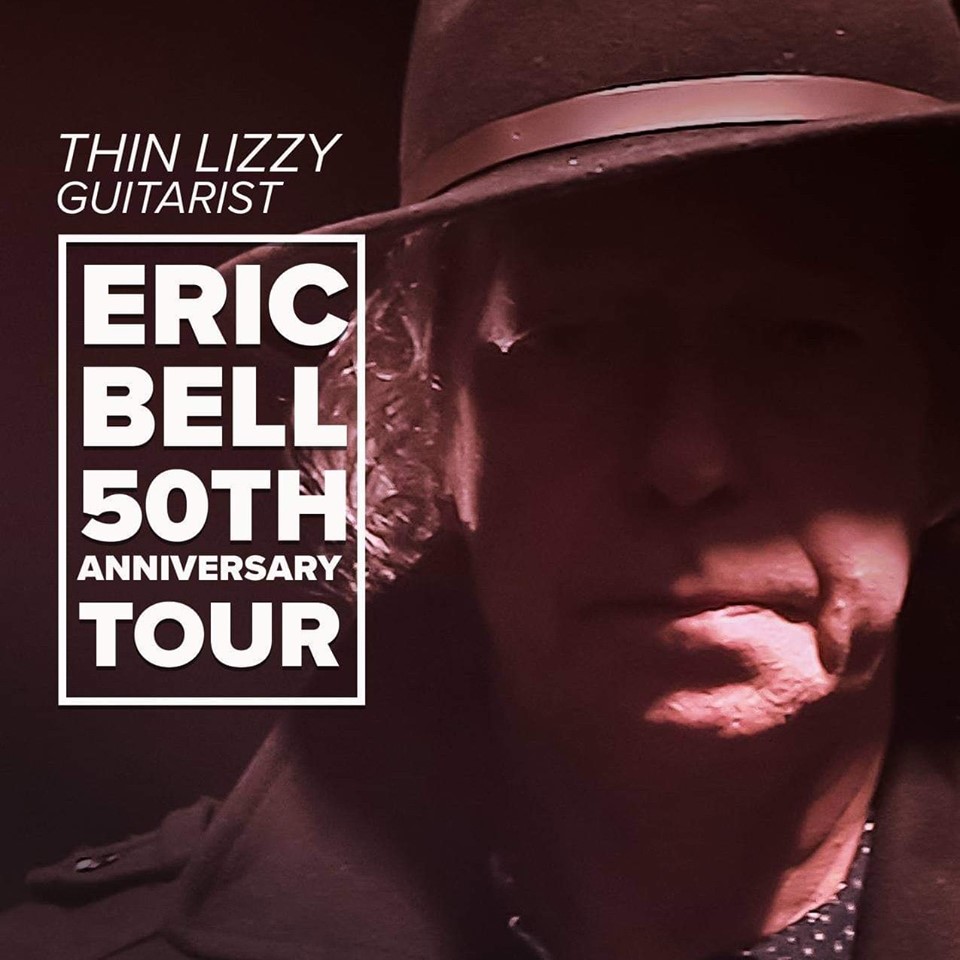 It’s just over 50 years ago that a chance encounter in a Dublin bar changed the face of Irish rock music forever. On that day in 1969 Eric Bell, Brian Downey and Phil Lynott decided to form a band and Thin Lizzy was born.

A contract with Decca records and worldwide recognition in the form of anthemic hit single Whiskey In The Jar was to follow. The pressures of touring and recording eventually took their toll with Eric leaving the band after three albums.

He remains one of Irish rocks iconic guitarists with a long and glittering career including  stints with the Noel Redding Band (bass player with Jimi Hendrix) and the great Bo Diddley as well as fronting his own Eric Bell Band playing in his favourite 3 piece format.

With 2019-20 the 50th anniversary of Thin Lizzy and Whiskey In The Jar Eric hits the road once more joined by Dave Wintour on bass and Romek Parol on drums working their way through a playlist of songs taking audiences from early influences through his Lizzy days and back catalogue and right up to the present day.