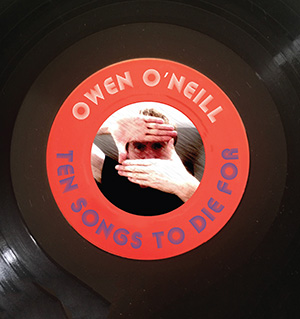 Tyrone comedian Owen O’Neill returns to The Balor taking the audience on a trip to the soundtrack of his life. In an unmissable musical misery tour with laughs Owen recalls the ten songs that transport him back to the heartache and hilarity of a wild and reckless time.
Comic Owen O Neill is one of Ireland’s funniest men. He has toured the world with his one-man shows accumulating a string of awards. Previous shows have earned him three Fringe Firsts at the Edinburgh Fringe, the Edinburgh Critics Award for best comedy, the Angel Award for best one-man show and the Time Out Comedy Award.
‘O’Neill held the audience in thrall throughout, a master storyteller’ – New Yorker
‘A muscular piece of writing from a performer at the height of his storytelling powers’ – Spectator.