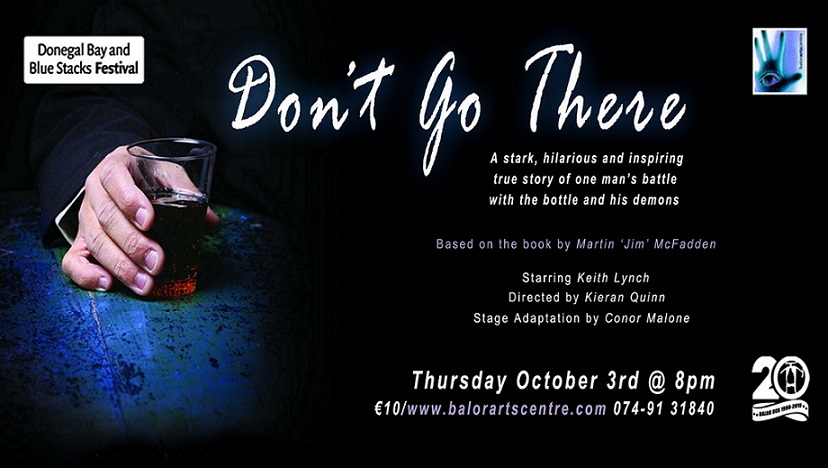 Don’t Go There is the stark, hilarious and inspiring true story of Martin Jim McFadden and a decades long battle with the bottle.

Keith Lynch tells Martin’s story and what a story it is. Packed with hilarious accounts of hellraising exploits in Donegal, Dublin, Glasgow and London. Accidents, injuries and payouts, encounters with prostitutes, policemen and priests. It’s all here in this wildly entertaining portrait of a man who goes through the depths of despair before clawing his way back to share his story with the world.